Out running. Fantastic day. The sky is blue. The morning breeze is slightly touching my face. The moon is shining freakishly bright. The music is blasting in my head phones … And thats when my phone chooses to take the morning of by stubbornly telling me that it has no more power, when I know for a fact that there is at least about a half to an hours worth of power #thattimeofyear #myphonedoesntlikeacoldbreeze #myphone=anoldladywithitsownmind,  #nothinglikeastubbornphonethatcantakeawaythepleasureofamorningrun, #nothingthatcantbefixedwithloveandheat

I came home from a long day and as a treat I had bought myself one of those freezer pizzas. I had put it in the oven. Watched some series while waiting. Excited about my luck! I love paper pizzas! Anyways, after a while it was finished and as I opened the oven, and tried to sneak out the pizza.. plash… Half on the floor, half on the cutting board! #maaan #isitembarrasingtoadmitIateitanyway?

… you are dealing with a child in a grown-up-body costume (read me!) when…

… such person might seem smart and throw around big words using them correctly and all, but a few minutes after will be on Facebook writing a dear friend: “Huuuuh, used the word discrepancy twice today – aaaand correctly” and then be giggling for a while like a 1st grader hearing someone say the word sex for the first time!

…when you realise that playing Township is a big deal. I mean if anyone could go pro… And the fact that this person gladly would spend every break of the day making sure that his or her team wins the regatta!

…you notice the fact that this person owns all the original episodes of the Winnie the Pooh series and that he or she has hidden every episode that has not been released on DVD on his or her YouTube account – just in case he or she is in that mood. If you ever where to ask, he or she will make a great effort in arguing that it has to do with childhood memories when in fact the truth is, this person still loves seeing them and will still laugh out loud because he or she finds Winnie the Pooh and all the characters in it hilarious!

END_OF_DOCUMENT_TOKEN_TO_BE_REPLACED

A while ago I got this stew or beef caserole, or whatever you would call it. Since, it has been one of my favourite dishes of all time! Today, I will present to you my version of the same dish. Easy to make. Gluten and Milkfree. Perfect for the everyday dinner or party! And, you will become the favourite cook among the gentlemens. Psst… Btw, definitely NOT vegan or vegetarian.

END_OF_DOCUMENT_TOKEN_TO_BE_REPLACED

A new radio-program on my favourite radio-station made me wonder whether or not it is really that bad to have created an “us” as opposed to everyone else? When is it actually problematic to have created an in-group, an “us”? The host often argued against refugees and had a rather narrow minded and sceptical view on people who are of another descent than “pure danish” – people who have mixed their original descent with the Danish culture.

I have always argued against the creation of in-groups, cliques or groups like this. I find that they tend to try to set a standard for the rest to follow, which demeans other people who does not necessarily follow the rules of such a group – back to the school milieu, so to speak. But, the thing is, that we cannot avoid creating an “us”. To be Danish is different from being Swedish or Norwegian. We create societies bound together by culture, language, politics, religion and so forth.  No matter how we look at it, the way we collect and unify the different aspects of our society will stand in opposition to other societies and how they have bound the different aspects together.

Once, I was at a wedding, which to me have become the perfect example of this fact. While the groom was of Danish descent, the bride was Muslim. It was a wedding with different cultural elements, where the guests at some aspects did not know what was going on and regarding other aspects were a part of the “club” that knew! These two people getting married, was creating an “us”.

The problem with this constellation is when “us” and “them” becomes “us” versus “them”. When different groups compares, there may in some situations be created an unhealthy environment where one group presents itself as superior compared to the other.

Being a fellow citizen is not just about being apart of a group, but accepting the differences between the different groups living in and outside one’s society. Being a part of one group is not the problem – we all are apart of specific groups, whether we like it or not. The problem is when one group finds themselves superior towards another group.

I kind of had my debut as the voice of several vegetables. I always wanted to be the one who made the voices for cartoons! My friend needed help with a video she had an idea for, and I am always ALWAYS up for fun! #thescaryvoiceofvegetables, #Imgonnabefamous #hahaha.

My first two weeks of being in what we in Denmark call Virksomhedspraktik. It is when you are unemployed, you can spend 4 weeks at a workplace either to network, maybe the chance of getting a job or just get experience. After 3 months of unemployment it is amazing actually having something to do during the day! But man I’ve been tired when I came home! #sleepandnoplay, #runninghavenotbeenontheschedule, #manIneedajob.

Being a secret victim of listening to my neighbours having sex have really become seriously annoying! #anyideasastomakethemlessnoisy? #shescreams #iamthatannoyingneighbour.

While having a pleasent evening seeing one of the oldest buildings in Copenhagen from the inside (they only open the doors once a year), my brother and my sister decided that was the day for them to display their impatience and not take a hint. #Idohavealifebesidesansweringmysiblingstextsandphonecalls, #whensomeonedoesntansweryourtextitmeanstheyarebusy, #lovethembuttheywerentpopularlastnight.

SPOILER ALERT! I am probably, without knowing it going to reveal some pretty essential stuff on the Big Bang Theory, because that’s what I usually do. So, if you don’t want to know, don’t read along.

The Big Bang Theory is a personal favourite. The first couple of seasons made me laugh in extreme measures. A roomie of mine found me in my room laughing in the middle of the night … alone …

I love Sheldon’s complete lack of sympathy and empathy, and especially the first episodes of his relationship with Amy; to some extent the female version of Sheldon. I love how the other three brainiacs keeps being friends with intolerable Sheldon and Leonard’s hopeless and sometimes desperate crush on the girl next door.

The last couple of seasons have not reached the prime and magic of the first 5 seasons had, though. Marriage and so forth have made them all a bit dull and boring – or more specifically; normal. I find the Sheldon and the Amy transformation a bit boring. And the relationship between Leonard and unreachable Penny have made me yarn more than a couple of times. They all have at some point settled, which in one way is sweat and nice but when it comes to the entertaining part I am kinda bored.

Despite this, I still watch the show. Despite the boring twists, the show have become a part of life for me. Who doesn’t want to know what the future holds for all of them. All in all, it is a show one falls in love with and keeps watching to the very end – even though the hard, from the heart laughter rarely emerges these days. 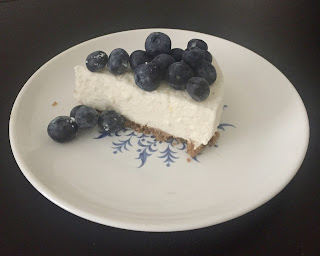